Just a few hours north of New York City, the Adirondack Mountains offer an outdoor paradise. These mountains lie within the Adirondack Park and contain millions of acres of protected land. Pristine and expansive, the Adirondacks' mountains and rivers have inspired generations to hike, paddle, and play in nature.

Representing the largest protected area in the contiguous United States, the Adirondack Mountains boast more than 2,000 miles of hiking trails, over 3,000 lakes and ponds, and 1,200 miles of rivers.

The Adirondack Mountains are more than 5,000,000 years old and are a monument to the shifting, irrepressible powers of the last ice age. Towering above New York's diverse landscape, the Adirondacks detail a history when small alpine glaciers carved their way through what is now the Adirondack Region, and glacial erratics - stones deposited by the glacier - were scattered across the landscape. Massive chunks of ice broke away from the glacier, and were buried beneath sand and gravel washed from the ice. As these ice chunks melted, depressions, called kettle holes, were formed. When a kettle hole extended below the water table, a pond was created. Many of the small, circular ponds you see while hiking in the high peaks began as kettle holes.

Over millennia, as glaciers carved away the landscape, mountains began to take shape. Unlike the Rockies and the Appalachians, the Adirondack Mountains do not form a connected range, but rather a 160-mile wide dome of more than 100 peaks. Although the mountains are formed from ancient rocks more than 1,000 million years old, geologically, the dome is a newborn. Because of this, the Adirondacks have been referred to as "new mountains from old rocks." It is theorized that there is a "hotspot" beneath the region, which causes continued uplift at the rate of 1.5-3 cm annually.

The Adirondack Peaks can be anywhere from 1,200 feet tall to well over 5,000 feet tall, and the 46 tallest summits above 4,000 feet are called the High Peaks. Although four peaks were later discovered to measure less than 4,000 feet, they are still considered part of the High Peaks region.

The highest mountain of them all is Mount Marcy, towering 5,344 feet above sea level. It is one of the most distinctive features of the Adirondack landscape. Mount Marcy is home to Lake Tear of the Clouds, the highest lake in New York State at 4,292 feet, and the source of the Hudson River. 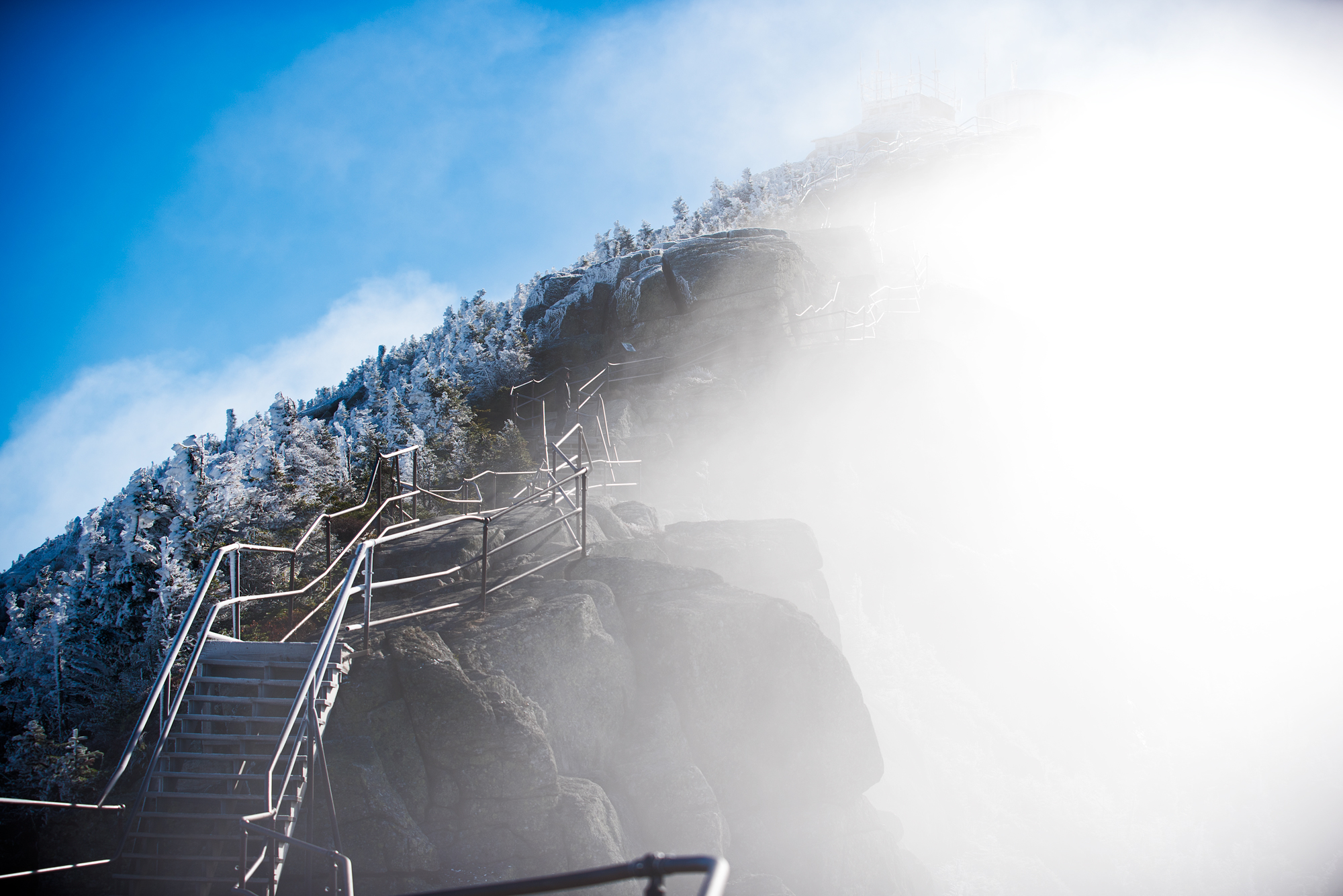 One of the first places to receive Forever Wild status in the United States, these mountains have been cherished as an outdoor playground, accessible and open to all, for centuries. From the shores of Lake Champlain to the tallest ridge of the Tug Hill Plateau, the Adirondack Mountains offer an astonishing natural paradise filled with possibility for adventure in every season.

The mountains also greatly affect the region's weather patterns, which have helped to develop unique ecology, habitats, and alpine zones, and provide an ecological paradise for explorers and researchers. The mountains themselves are heavily forested, with hardwoods, fir, and spruce, and include three types of wetlands – swamps, marshes, and bogs – that are perfect for supporting hearty wildlife, including great blue herons, painted turtles, grouse, and loons. Thanks to the great variance in climate between seasons, the mountains are also a great host to several species of migratory birds, who put on a great show each fall and spring as they leave or arrive for the season. Hundreds of visitors "flock" to the region to attend annual Adirondack birding festivals celebrating this spectacular occurrence.

Skiing in the Adirondacks

If you're a skier or snowboarder, you've come to the right place. The Adirondack Mountains present some of the best skiing on the East Coast. Thanks to mountain topographies, lake effects, and jet stream dynamics, the region is known for weather patterns ideal for snow production – which means great conditions for skiing and riding at ski resorts in the Adirondack Park. Snow typically begins falling in October or November and can continue through April or May. Snow production is steadiest between December and March, with 15 to 30 inches of snow falling per month throughout the region. Even during wintertime, the mountain air is crisp and clear. 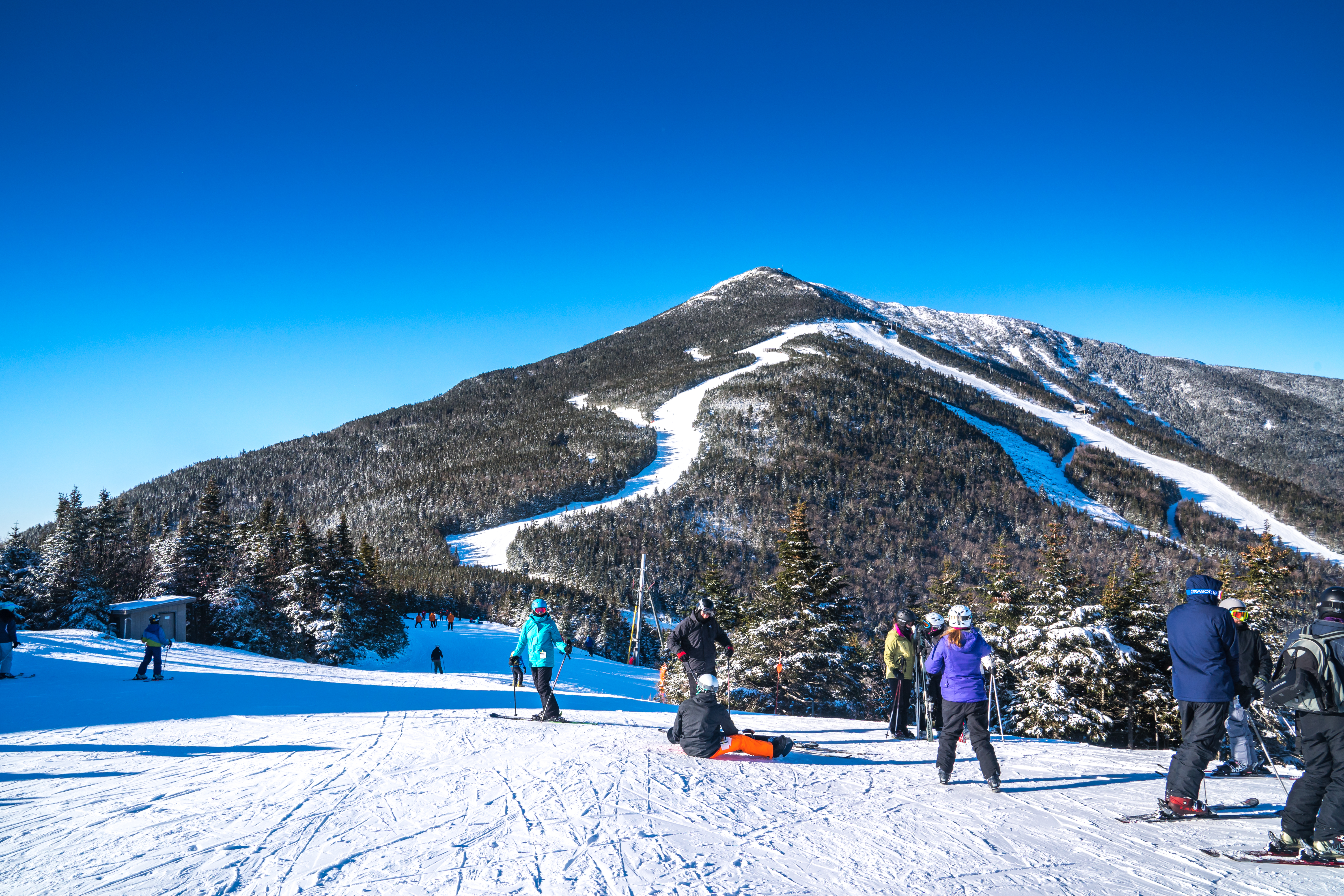 If the thrill of fishing or fly-fishing is what you're after, you guessed it – the Adirondack Mountains also shape the area's watersheds that feed some of the region's rivers and best fishing waters. The Lake Champlain Watershed, located between the Adirondack Mountains and the Green Mountains of Vermont, feeds the Ausable River, Saranac River, Lake George, Upper Saranac Lake, Lower Saranac Lake, and Lake Placid. Water quality in the Lake Champlain Watershed is rated as generally good-to-excellent, which makes it ideal for boaters and fishers. Bass, trout, walleyes, salmon, and pike are just a few of the types of fish that call the Adirondack Watersheds home. 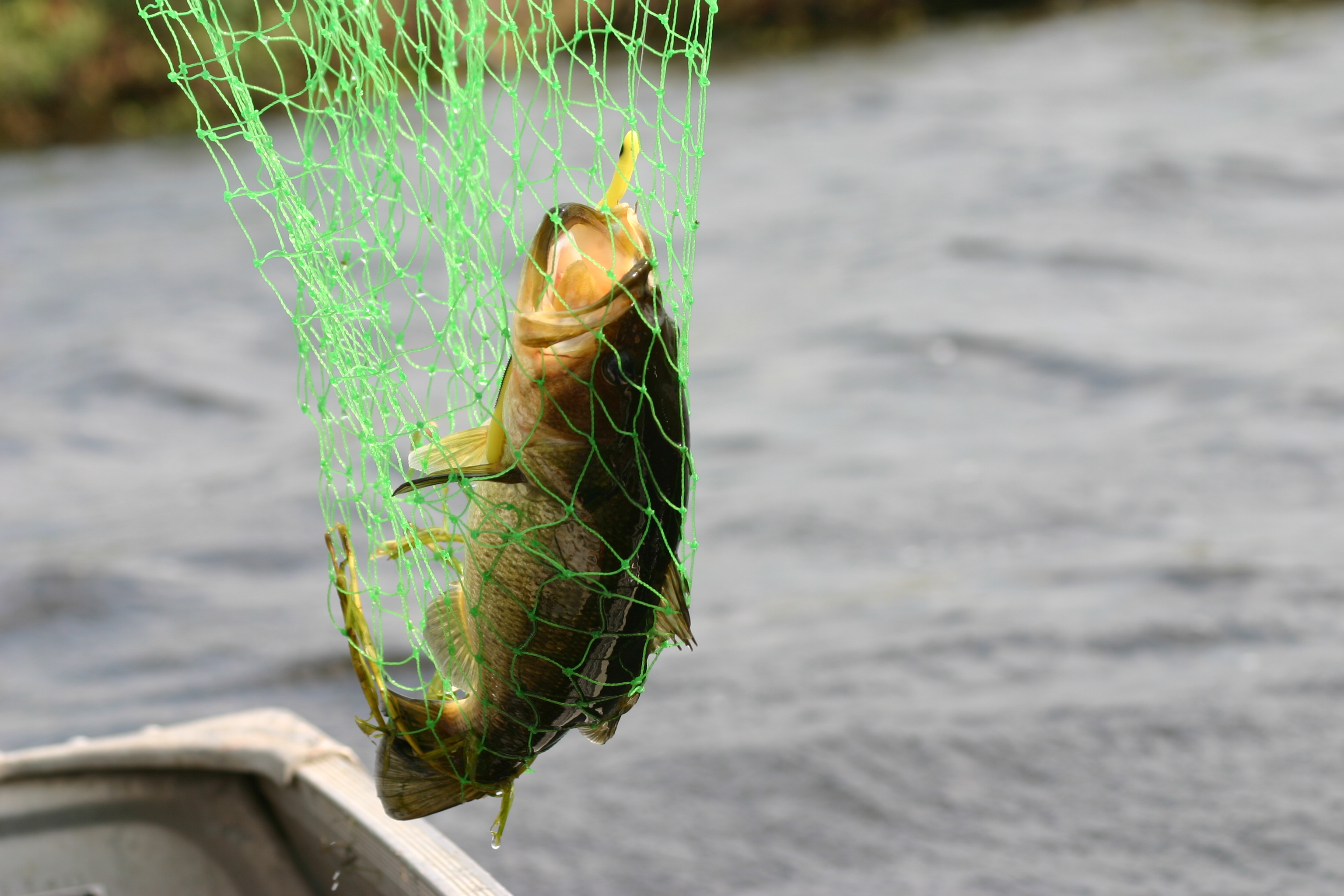 The Adirondack Mountains are the place to experience the thrill of every season and climate, to connect with nature and feel the great power of untouched wilderness. The Department of Environmental Conservation and the Adirondack Mountain Club take great care and pride in preserving the mountains, maintaining trails and structures you can use to hike or camp in the area, and providing important information to explorers.

Each year, hundreds of volunteers take to the mountains to complete specific trail maintenance work and reconstruction projects, motivated by a shared love for the wilderness and adventure found in the Adirondack Mountains.