The Adirondack Region in Northern New York is a recreationist paradise that fosters an abiding love for the mountains and the deep joy of savoring a good drink and a hot meal at the end of a long hike, or after a day of skiing through the Adirondack wilderness. Home to a number of award-winning microbreweries offering family-friendly dining, and a new generation of craft beer and spirit makers – the Adirondacks offer a diverse array of locally sourced products that reflect the tastes of the region.

From the shores of Lake George to the Tug Hill Plateau, begin a culinary journey across the Adirondacks – one microbrewery and distillery at a time.

Adirondack Pub & Brewery in Lake George brews more than 25 all-natural, non-pasteurized craft ales brewed and bottled on-site. Brewery tours are available throughout the year on Fridays at 4 pm and Saturdays at 11:30 am, and a special Tuesday tour is offered Memorial Day through Labor Day at 4 pm. Adirondack Pub & Brewery's beer is distributed by six New York State distributors, and can be found in 32 counties throughout the state.

Cooper's Cave Ale Company in Glens Falls offers traditional English-style ales, porters, and stouts. A family-owned and operated company, sample brews made from some of the finest ingredients available, including specialty malted barley and enjoy a meal, ice-cream, hand-crafted beer or soda.

Davidson Brothers Brewing Company in Glens Falls opened its doors in 1996, and continues to offer a variety of traditional IPAs, porters and English-style bitter brews. Owned and operated by the brothers, enjoy family-friendly dining and a variety of beers on tap.

Spring Brook Hollow in Queensbury is a quaint farm distillery located just south of the village of Lake George that specializes in making vodka, gin, and moonshine.

Lake George Distilling Company in Fort Ann distills small batches of craft spirits using local ingredients from the Adirondack region. Their specialty moonshines, whiskeys, and ryes are well-loved and sought after by resorts, stores, and restaurants from the Adirondacks all the way to New York City. 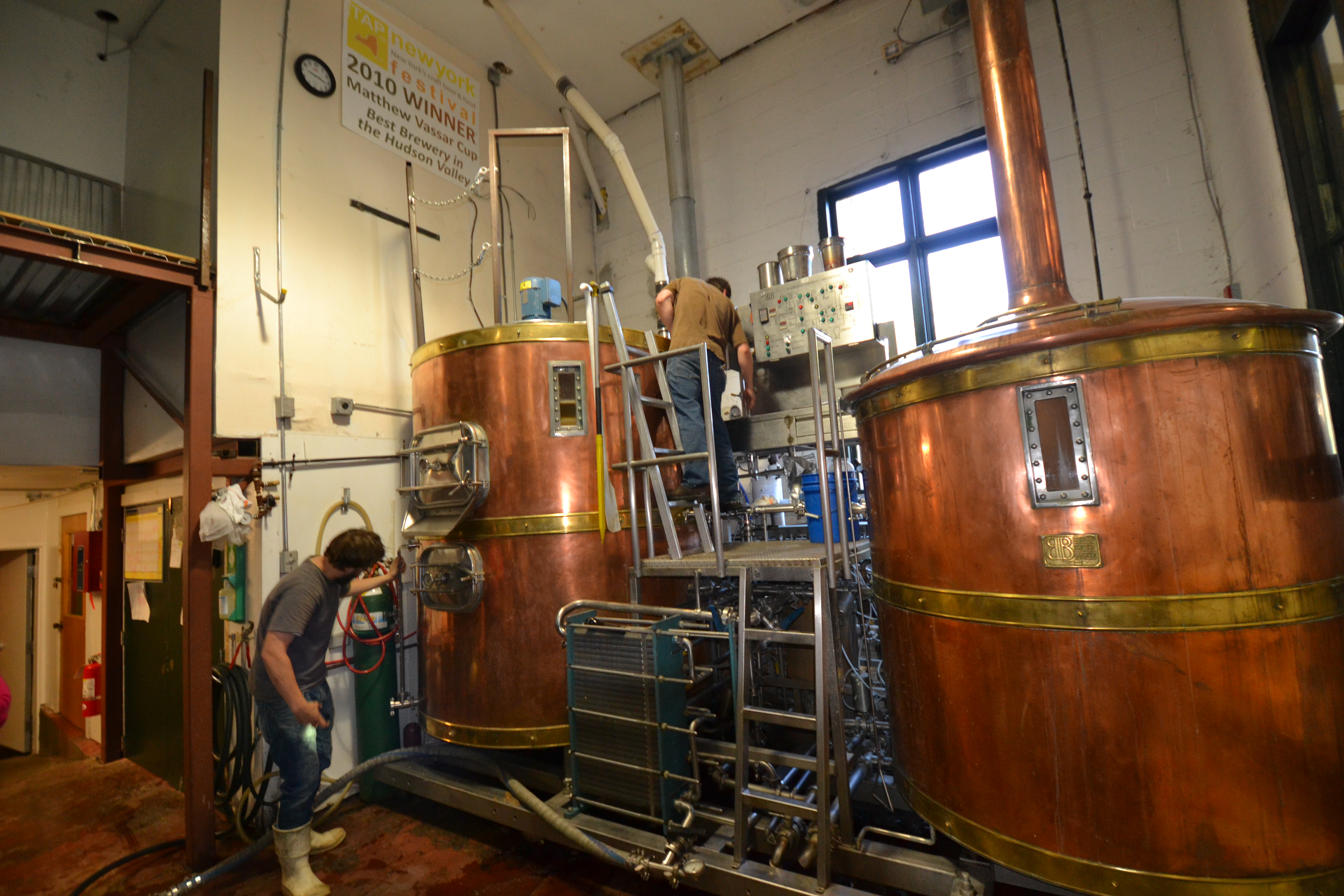 Ledge Hill Brewing Co., located in beautiful Westport. Handcrafted ales and lagers mindfully brewed for folks who celebrate our community's rich heritage and share an optimistic vision of the future.

Ausable Brewing Company in Keeseville is focused on brewing a variety of craft beers and sodas in small batches with an emphasis on local ingredients and local. 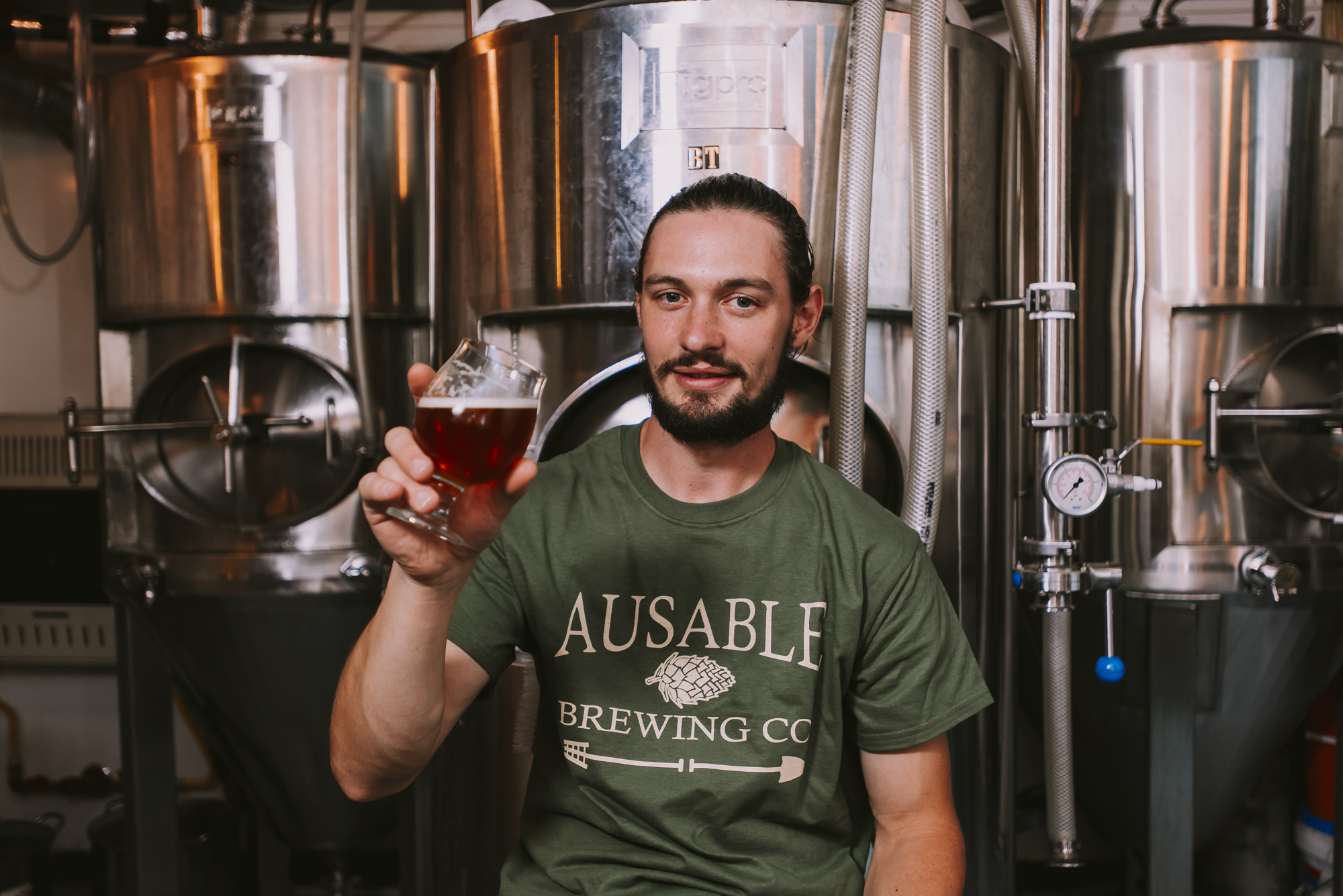 Big Slide Brewery & Public House opened in June 2016 in Lake Placid and will feature ten house beers along with a fresh, localvore menu boasting the freshest produce and meats from nearby farms in the Adirondacks. Not your typical pub grub, Executive Chef Greg Sherman sources most ingredients locally and will wow your palate.

From the pub's flagship UBU Ale – a rich, dark ale named after a patron's friendly chocolate Labrador – to seasonal favorites such as Imperial Pumpkin, the Lake Placid Pub & Brewery's beers capture the aromas and flavors of the Adirondacks. The brewery's two locations pump out approximately 300,000 pints of beer every year, placing it in the top 7% of breweries in the United States. Brewery tours are offered at the Lake Placid location on Saturdays at 4:30 pm.

Gristmill Distillers in Keene uses locally sourced ingredients, including barrels made by one of the only coopers in the North East, who also happens to be located within the blue line in the village of Wilmington. Gristmill Distillers creates a variety of whiskey spirits that are smooth to the taste and pay homage to the history of the Adirondacks. 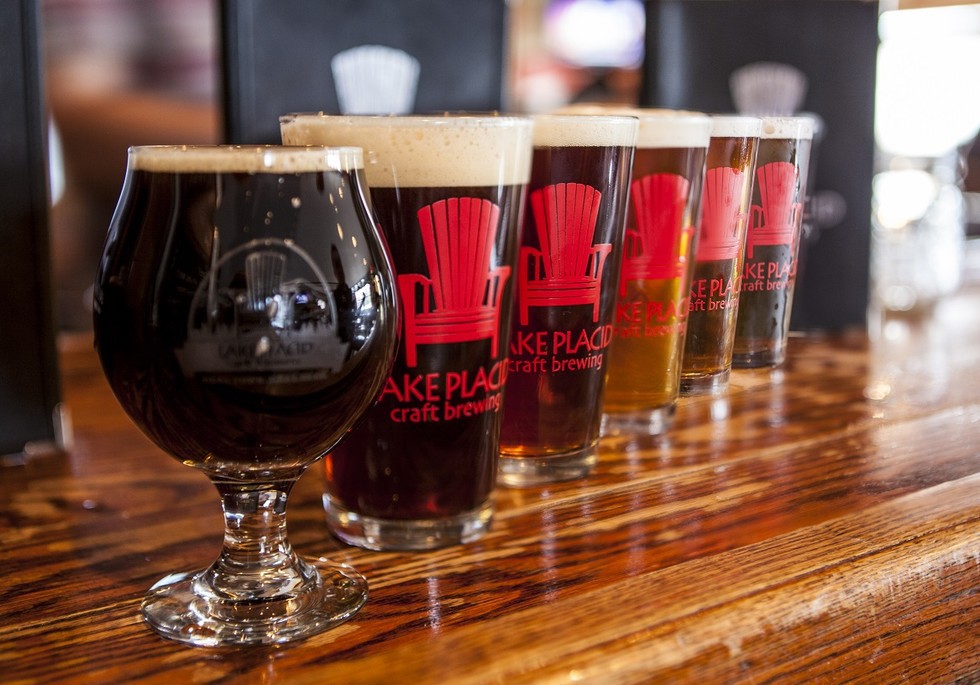 Blue Line Brewery in Saranac Lake opened in 2012 on Lake Flower Avenue in a renovated car wash. Offering six microbrews – from pale and red ales, to a black lager – Blue Line boasts a solid selection of small-batch beers. Tour the boutique operation and sample straight from the source seven days a week and take home a growler of your favorite. Blue Line's beers are also available on tap at restaurants across the Adirondacks.

Raybrook Brew House located in Ray Brook, offers wild and unique beers brewed on-site paired with their newly crafted adventurous menu. Sit out on their large deck in the summer and fall or post up on a stool at the welcoming bar inside and enjoy a variety of tasty craft brews.

Hex and Hop Brewing is located just a few minutes outside of Saranac Lake in the hamlet of Bloomingdale. Hex and Hop was born out of a vision dreamed up by an engineer and apiarist looking to design a unique dining and drinking experience. Most, if not all, of the craft beers that are on tap are made using honey from local bees.

Raquette River Brewing is a boutique brewery boasting eight craft beers on tap. Sample their Strawberry Cilantro Wheat, IPA, Smoked Red Ale, or Maple Porter. The head brewer shares "brewing on a small scale affords us the opportunity to experiment and innovate with a variety of ingredients, some local, some exotic."

Barkeater Craft Brewery is an NYS Farm Brewery located in Lowville, NY. Relax in the newly opened taproom and enjoy their selection of hand-crafted, small-batch ales brewed on location using all-natural, locally grown ingredients. The BarkEater name embodies the spirit of this dynamic region and the beautiful river valleys created by the wild Adirondack Mountains and the Tug Hill Plateau.

Paradox Brewery in Schroon Lake is a small microbrewery offering small-batch brews of IPAs, ales, Kolsch and Altbier, a German top-fermenting brew made in the old-world tradition. New to the Adirondack micro scene, guests are welcome throughout the week for a drink and tour.

Strong Rope Taproom in Blue Mtn Lake introduced a second location as a satellite taproom at Blue Mountain Lake. The brewery originates in Gowanus, Brooklyn and is proud to be a family-run, New York State Farm Brewery. Strong Rope Taproom offers 3 signature beers on tap, local spirits, wine, and cider as well as cans and bottles to go.

Township 7 Brewing Company - Located in the Northern Foothills of the Adirondack Mountains in Dickinson Center, New York. They brew premium, unfiltered, unpasteurized craft beers (seasonal varieties too). The beer is available in the tasting room in pints, flights, and growlers (to go). 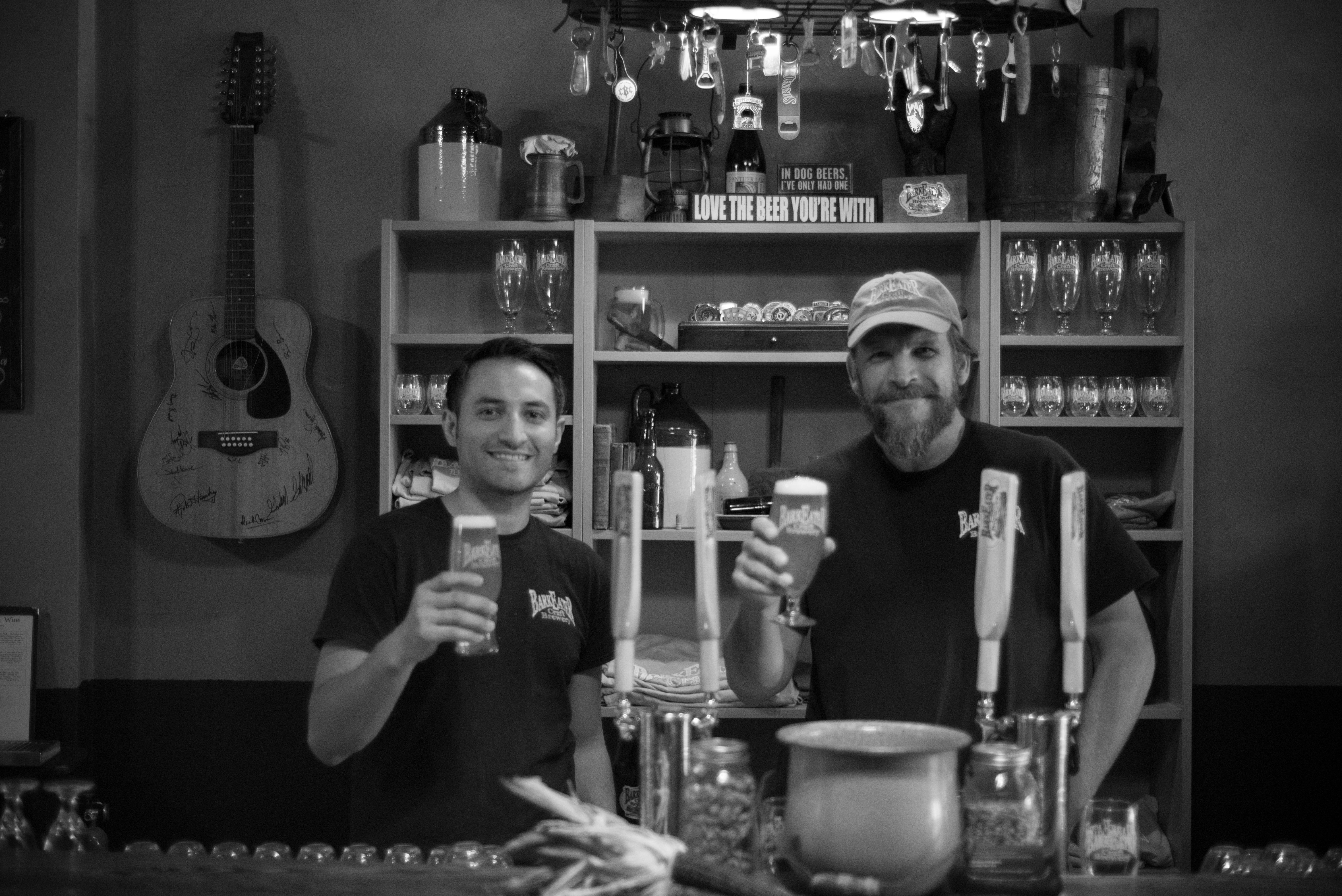 Woven together by 28 breweries, wineries, cideries, and distilleries, the self-guided Adirondack Craft Beverage Trail is an excellent way to sample the craft of local beverage artisans. 12 visits verified by stamps on your map will result in a prize. Are you up for the challenge?