With 46 High Peaks, the Adirondacks offer a gratifying challenge for avid hikers and aspiring hikers alike. Dedicated hikers who complete all 46 hikes become “46ers,” a meaningful and impressive accomplishment. Which Adirondack High Peak will you hike first? 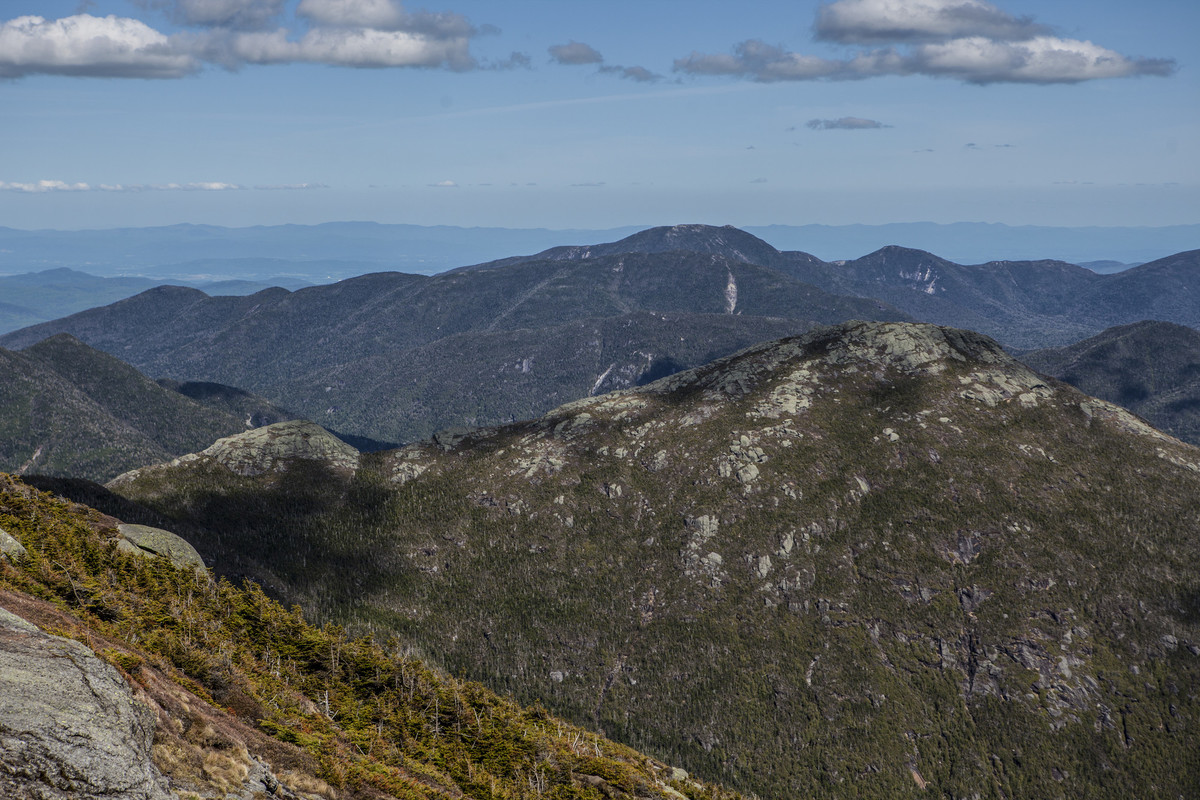 Things to Bring for Hiking the Adirondack High Peaks

Hiking the Adirondack High Peaks is an exciting, challenging adventure that leads you to breathtaking mountaintops. See what you’ll need to be prepared for High Peaks hiking in the Adirondacks. Items below are recommended by the New York State Department of Environmental Conservation (DEC).

He is credited with fostering the wilderness preservation movement in the United States and has left his name all over the map including the Bob Marshall Wilderness in Montana and Marshall Lake in Alaska, just north of the Arctic Circle. Mount Marshall is the 25th highest peak and is largely ignored by visiting hikers – making for a real wilderness hiking experience. Complete Bob's infamous hike, the 14-in-1 challenge. Stay at Johns Brook Loj, hike Big Slide before breakfast then after proceed to Lower Wolf Jaw, Upper Wolf Jaw, Armstrong, Gothics, Saddleback, Basin, Haystack, Marcy, Skylight, Iroquois, Algonquin, Wright and Mount Jo. Return back to the Loj for dinner.

His right name was Orson, AKA Old Mountain was one of the most famous guides of the Adirondacks. A philosopher and poet, many thought him lazy, but he was simply contemplative – hence the "Sage of the High Peaks" nickname.

3. Teddy Roosevelt Became President in the Adirondacks – Sort of.

In the fall of 1901, President McKinley was shot by Leon Czolgosz. Appearing to be recovering, Roosevelt traveled to the Adirondacks for a hike up Mount Marcy, the tallest mountain in New York State. As he hiked to the summit, he was intercepted at Lake Tear of the Clouds – the source of the Hudson River – by a telegram announcing the president's grave condition. He began the arduous journey out of the mountains and learned of McKinley's death, thus his Presidential succession at the train station in North Creek, NY.

4. Yellow-Yellow, the Canny Crusader who gained national attention for her thievery.

A near-mythical being in Adirondack High Peaks lore, Yellow-Yellow was a timid, 125-lb. bear with problem-solving skills that put the designers of the BearVault to shame. Designed to keep your food safe from bears, Yellow-Yellow showed an uncanny ability to break into bear canisters that grizzlies in Yellowstone and the Folsom City Zoo in California couldn't crack. Named for the two yellow tags she sported in her ears so wildlife officials could keep tabs on her, she was able to "systematically decipher a complex locking system," according to a NYTimes.com feature. It is worth noting that the system, designed by engineers, often stumped campers. Her favorite haunt seems to have been the Marcy Dam-Lake Colden corridor in the High Peaks Wilderness. At least, that's where she was most frequently spotted.

It seems, like all great mythic love stories, there are only a few facts known about the particulars of this story, one that has become a bit legend, a bit myth, a mostly mystery over the years. What is known is that Henry Van Hoevenberg and Josephine Schofield met while camping near Upper Ausable Lake in 1877 and fell in love. They got engaged quickly and, according to various sources, selected a plot of land near Clear Pond to build their home. But happily ever after was not part of their story as Josephine died within the year. Van Hoevenberg never married. Their legacy can be found in the Adirondacks though, along the trails where they fell in love. Henry went on to build the original Adirondack Lodge at Heart Lake, which tragically burned in 1903. Two mountains well-worth hiking are named after these infamous lovers. Mount Jo, named for Josephine and Mount Van Hoevenberg, named for Henry. Mount Van Hoevenberg is currently the site of the Olympic Cross-Country Ski Center, Bobsled Run, and Biathlon range.