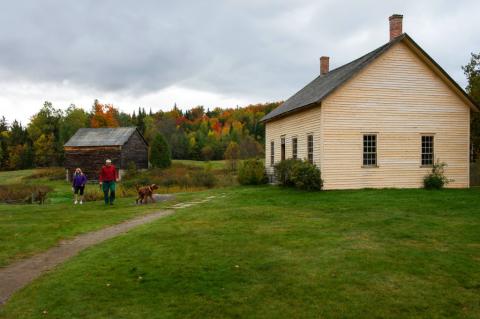 An official Path Through History Site! In 1859, John Brown and his followers assaulted the US arsenal at Harper’s Ferry, planning to use the captured arms in a campaign to liberate slaves in the South. Brown was captured, tried, and hanged. Following Brown's execution, his body was returned to North Elba and was buried in front of his home on December 8, 1859. At the John Brown Farm State Historic Site in Lake Placid, see the home and gravesite of the ardent abolitionist best known for his 1850 raid on Harpers Ferry, Virginia and the famous folk song that immortalized his death. The remains of several of Brown's followers, who fought and died at Harper's Ferry, were moved to this small graveyard in 1899. Visitors can tour the home and gravesite of the ardent abolitionist, immortalized in the famous folk song.