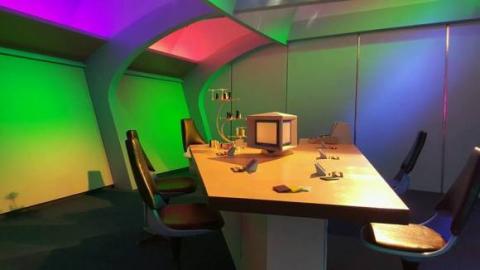 Star Trek Tour, (Star Trek Original Series Set Tour) is permanently housed in Historic downtown Ticonderoga, New York. The sets are full recreations based upon original blueprints. The sets will NOT and were NOT designed to move from one city to another. These, in this quality and configuration are fully licensed by CBS. The sets are unique, and yes, Star Trek Fans, you will need to travel to Ticonderoga New York to visit and tour these sets. The Star Trek Tour Invites you to come see the Desilu Studio as it looked during 1966-1969 while Star Trek Original Series was filmed there.